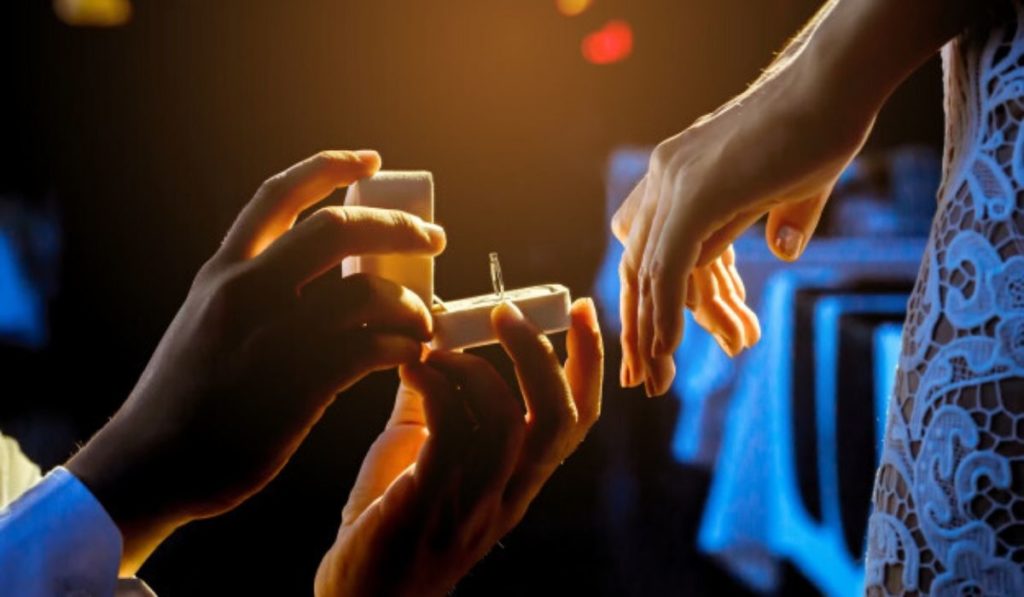 Which Finger to Wear Engagement Ring on?

When you learn that your bae wants to take your relationship to the next level, how high did you jump? Getting hitched is definitely the most awaited moment in one’s life. The emotional investment it takes to build a relationship while experiencing all the ups and downs is priceless. Hence, be it an engagement or a wedding, it has to be special. From deciding the dates to the venue and guest lists to the engagement ring, everything has to be perfect. But what about the many intricacies of a wedding? For starters, which finger to wear an engagement ring?

Let us know what finger is the engagement ring worn on, and how are they worn around the world?

Which hand and finger to wear an engagement ring?

With all the excitement of an engagement, couples usually ask: What finger does an engagement ring go on? But to their disappointment, there isn’t one perfect answer. This is because people across the globe have varied traditions and beliefs. For instance, most people from Western society consider the left hand as the wedding ring hand. However, that isn’t the case everywhere. Many countries like Norway, India, and Russia consider the left hand as unlucky. Hence, they place their wedding rings on the right hand.

One interesting thing to note here is that couples wear their engagement rings on the ring finger, regardless of the hand they wear it on.

But, have you ever wondered why people wear their rings on the ring finger?

Why Engagement Ring on Ring Finger?

Despite this being a sentimental notion, no one today agrees to this much. This is also because we all know that there is no such vein called vena amoris. So, while the myth no more exists, the tradition still continues.

Ring Wearing Tradition in the UK

Wedding ring tradition in the UK  comes from the ancient Romans. Let us tell you that Romans inherited this tradition from the Egyptians’ vena amoris notion. But the Egyptians did not wear engagement rings.

Therefore, the British wedding ring practice goes back to Egypt. However, their engagement ring culture also comes from ancient Rome. Here, it was customary to give a pre-marriage ring to the brides-to-be to seal the marriage commitment.

Countries with the same ring tradition as Britain

At present, many English-speaking countries including Ireland, USA, South Africa, Australia, Canada, and New Zealand follow the same engagement ring tradition as that of the UK. People here too wear their engagement rings on the fourth finger, i.e. ring finger of the left hand. Further, countries like Jordan, Turkey, Mexico, Croatia, Romania, Finland and Slovenia also follow the same practice.

Ring Traditions in Various Parts of the World

Which Finger is for Engagement ring in India?

Traditionally, there’s no such thing like rings in Indian culture. But with Western influence, exchanging engagement rings have become more common now. While men wear their engagement rings on the right hand’s ring finger, women put them on the left hand.

There’s no such tradition in history, which demands men to wear an engagement ring. However, this trend is on its rise today. According to a survey by the Huffington Post, there has been a 280% rise in Pinterest images of men’s engagement rings. In another survey, it was also found that 17% of men would like to wear a “man-gagement” ring.

Engagement ring traditions are no doubt exciting for most people. It feels amazing to know there’s a history behind which finger to wear the engagement ring. However, not everyone likes to follow the crowd, for their own reasons. And, that’s okay!

Couples are usually caught between different cultures these days. Hence, they have different ideas about how the ring ceremony should work. Also, there are some other couples who just want to take it the way that excites them the most. And that’s great. Whatever you chose to do, whichever finger you chose to put your ring on, the important thing is what it means to you and your partner.

Be it a promise of foreverness, a declaration of love, or something else, it’s you two to decide how to take it further and what it ring means to you.

So, there’s no fixed or proven answer to “Which finger to wear engagement ring”? All we know is there are many traditions and rules on the right engagement ring finger based on the region or religion. It’s entirely on you which to choose. But, one thing is for sure. There isn’t a right or wrong way for wearing an engagement ring, particularly in today’s modern world. Hence, you can get as creative or unique as you and your partner like.

While some prefer their middle fingers, others wear their engagement rings on their index fingers. People, at times, take a practical approach to decide on the ring hand or finger as per their lifestyle. If you are left-handed, for example, you may wear the ring on your right hand to protect it and keep it safer from damage.  On the contrary, if you want to follow the traditions, you can stick with the ring finger of either the left or right hand. However, if you are free-willed and want to try out new things, then you can go with what works for you.

Which finger to wear engagement ring for the man in India?

Which finger do you wear an engagement ring on in the USA?

In the United States, most men and women wear engagement rings and wedding bands on the left ring finger.

Which finger does your engagement ring go on?

The engagement ring goes on the left hand’s ring finger.

Which is the engagement ring finger in India?

Amrita Singh is an engineering graduate of Mumbai University. She has spent most of her life playing sports and cuddling cats and has annoyed parents & professors alike. Now a Fabulously writer, she enjoys writing about all things lifestyle. 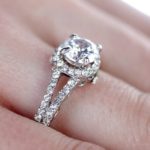 The Magic Of Halo Engagement Ring 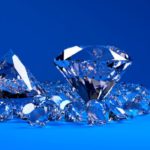 What are Diamond Inculsions? Can they be any good?