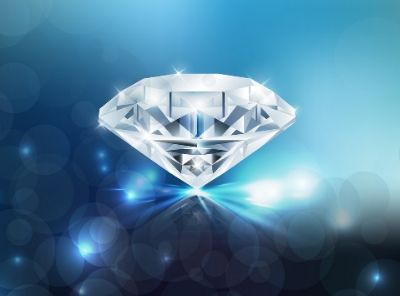 Some very interesting diamond facts that you do not know

Some very interesting diamond facts that you do not know

Word Diamond comes from Greek Word Adamas which meant “proper” or “unbreakable” or “unconquerable. It derives this name from its hardness it seems. Diamonds are beautiful, mysterious and rare. It is one of the most exquisite and glittering gifts of nature. Read further understand some very interesting diamond facts that you do not know.

• Diamonds were first discovered and traded in India as early as the 4th century B.C. In fact, till around 15th Century India was the only known source of diamonds. It was in the eighteenth-century than discoveries were made in Brazil and it took over as the main source for this precious stone. In the early nineteenth century, a huge diamond source was located in South Africa.
• The tradition of diamond engagement ring dates back to 1477 when the Archduke Maximilian of Austria gave a gold ring with the letter “M” in diamonds for engagement.
• Ancient Romans believed that Cupid’s arrows had diamond tips.
• It is believed that the tradition of wearing an engagement ring in the left hand’s fourth finger was started by Egyptians who believed that vein from heart went to this finger making it “vein of love”. These some very interesting diamond facts that you do not know will help you to understand such facts easily.

• Diamonds are formed 100-120 miles below the earth billions of years ago and get carried to the earth’s surface by volcanic eruptions. Carbon when exposed to extreme pressures and temperatures deep within the earth results into diamond formation 3
• Today diamonds are found in two kinds of earth deposits. Primary deposits are found within volcanic rock, diamond-bearing pipes, called kimberlite. From deep inside the earth these pipes carry diamonds to surface. Secondary deposits of diamonds are formed as a result of erosion of material from primary deposits and contain diamonds that have traveled quite a distance from its original source.
• Diamonds were first considered to have been discovered in India.

• Diamond is made of a single element which is carbon. Carbon constitutes almost 100% of the diamond. It is a type of crystal that can be transparent to opaque.
• Diamond burns at 700C. This means that diamonds can get destroyed in fires where temperatures reach in excess of 700C.
• It is the hardest naturally occurring material known to us. Hardness is measured scientifically on the Mohs scale of material hardness. 1 being softest and 10 being hardest. Diamond scores perfect 10 on Mohs scale of material hardness 2.
• The only other thing that can scratch a diamond is another diamond. Since diamonds are the hardest known natural material, they have wide industrial applications in cutting and abrasion.
• Diamond can melt above temperatures of 3500C.

• There are more than 12,000 kimberlite deposit sites that have been found across the world. Only about 1% of these deposits have enough diamond deposits for economically viable mining.
• In an open pit and underground mine, the ore is crushed to uncover the diamonds.
• In the case of coastal mining, sand is excavated to find diamonds.
• Riverbed mining involves sieving through the riverbed soil to find diamonds. It does not involve a very large setup.
• Undersea mining involves drilling through seabed to uncover the diamond deposits. Open, underground mines and undersea mines require huge investments and technical expertise to manage mines. River bed mining requires very low technical knowhow.
• It is estimated that to produce a single carat diamond over 250 tonnes of earth needs to be mined.

• Diamonds mined are called rough diamonds.
• They are sorted as per their qualities and size.
• Smaller, lower-quality stones are classified as Industrial diamonds and they find its use for cutting and abrasives.
• Those diamonds that are of gem quality are classified further on the basis of size, shape, quality, and color.
• Almost all rough diamonds have some distinguishing marks, known as inclusions, which make each one unique.

• After sorting, the diamonds are cut and polished. In ancient times, natural diamonds were used as it is. In the 1400s diamonds started to be cut and polished which gives them sparkle and magnificence. A well-cut diamond reflects light within itself, from one facet to another, as well as through the top of the diamond. The most popular cut is the 57-facet round. After stone cutting, it is polished and classified as per its cut, clarity, and carat weight, popularly known as 4Cs. Out of Cut, Color, Clarify, and Carat, man only controls Cut. Cut can increase or decrease the value of a diamond by as much as 50%
• Cut: A diamond can be cut into various shapes, round, oval, etc. The purpose of the cut is to enhance its brilliance.
• Color: Colourless diamonds are the most popular, but diamonds are found in almost all colors. Rarer the color, more its value.
• Clarity: Most diamonds contain naturally occurring inclusions. Their number, type, size, position, and brightness affects the clarity of a diamond
• Carat: Most precious stones weight is measured in carats including diamonds. One carat (equivalent to 0.2 grams) can be divided into 100 ‘points’. Carat word is derived from “Carat tree”

• Diamonds can now be grown in labs and are called lab diamonds. They are identical to natural diamonds and it requires very sophisticated machines now to distinguish between lab diamonds and natural diamonds.
• Lucy of BPM 37093 was once a bright sun in the universe. It has now shrunk. Due to this shrinking and heat, it is believed that its core has become a diamond and is estimated to be 4000 km in diameter.
• Dubai First, a consumer finance subsidiary of the Dubai group offered credit cards studded with a solitaire. This credit card was by invitation only.

• Diamond mining results in damage to land, deforestation, wildlife, etc.
• In Countries with unstable political environments, natural diamond mines often become the target of wars and results in what is known as blood diamonds. 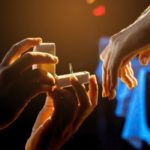 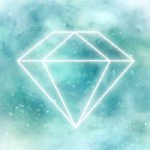 Diamond Shape – What it says about you