In 2017, a girl from Manchester, Rajgauri Pawar was in the headlines around the globe for scoring 162 in the coveted Mensa IQ test. She had scored the highest ever under the age of 18. But, what does IQ stand for and what is a high IQ? And- should you take an IQ test?

So, what does IQ stand for? IQ stands for intelligence quotient. There are online tests available that you can take to know your IQ. In an IQ test the subject’s human intelligence is measured based on their cognitive abilities, intellectual abilities and mathematical problem solving capabilities.

WHAT DOES IQ STAND FOR AND WHAT IS A HIGH IQ

The human IQ scores follow a bell-like shaped curve. The bell reaches its peak at 100. The score of 100 is the average score. Left side of the bell represents scores lower than 100, and right above 100.

Your IQ score can vary depending on the test you take and your mental condition. If you’ve had a long day and suffering from fatigue, there are chances you might score low on the test. So, test takers shouldn’t worry if they see low IQ test scores.

Try taking the test on a day you are fresh and the results might differ from before.

Who Has The Highest IQ

Having a high IQ does not mean you would necessarily be successful in your life. You cannot rely on IQ scores purely to determine the success and failure rate. Your success is defined by your actions and hardwork. Here are a few people with high IQ who made a big name for themselves.

What Is My IQ – Tests For IQ

German psychologist, William Stern was the first man to coin the term IQ. He coined the term in 1912. If you are wondering, what does IQ stand for? Then, IQ stands for Intelligence quotient. The term finds its origin from the german word Intelligengenzquotient. In 1912 the IQ was calculated by taking a ratio of mental age by chronological age multiplied by 100.

The IQ test measures logical problem solving skills and cognitive abilities. The most common type of tests are:

In 1905, French psychologist Alfred along with his student Theodore Simon developed the famous Binet-Simon scale.

Lewis Terman, a psychologist of the United States placed at Stanford gave the scale its third modification in 1916. The term Stanford was added to the The Binet test by this modification. In 2003 the test received its fifth modification, making it the now famous Stanford – Binet Intelligence Test.

The test is based on 5 factors:

The IQ is calculated based on the marks gained by the test taker. All the factors have a designated weightage. The weightage and marks are normalised. The new ratio based on normalisation is turned in to the IQ score. (Source)

David Wechsler was the founder of the Wechsler Adult Intelligence Scale. His definition of intelligence was a bit different. He defined intelligence as, “the global capacity of a person to act purposefully, to think rationally, and to deal effectively with his environment.”

Davis Weschler was a Romanian-American psychologist. He is also responsible for making the Weschler intelligence scale for children. The Wechsler Adult Intelligence Scale was first developed in 1939 and its former name was Wechsler-Bellevue intelligence test. (Source)

People of all age groups can take the test. The tests are designed for mental ability and are not age restricted. The age of a person might not impact the test scores all that much. Though, studies have found that human intelligence peaks at the age of 20 years.

In 1946, a barrister, Rolan Derril Mensa and Dr. Lance Ware, a scientist and lawyer found Mensa in England. Mensa’s aim was to create a non-political racially and religiously inclusive group of extremely intellectual people.

Mensa means table in latin. Mensa intends to prove a common discussion table to people of high intellectual capacity. The organization does not believe in any distinguishing factors like race, religion, gender age, nationality etc. Mensa does not support any political or social issue.

Mensa involves itself with discussions, lectures and activities promoting intellectual ideas. Only the 2% people of the world, who prove to score high on IQ tests, tend to become members of Mensa. (Source)

What Does IQ stand for and What is IQ?

Human intelligence can be measured using four types of quotients. A person can score high on one type of test but might not do well in the other. Every person has their own corner to shine.

Like Einstein said, “Everybody is a genius. But if you judge a fish by its ability to climb a tree, it will live its whole life believing that it is stupid.”

If you easily understand other people and their problems then you have a high emotional quotient. People with high EQ tend to understand their surroundings in an emotional capacity. They are the most empathetic people.

If you are someone, with whom all your friends approach to discuss their problems, then you definitely have a high emotional quotient. They do not come to you because you can solve their problem, but because they feel emotionally safe to be in your company.

If you intend to become a person who has a high emotional quotient, you must first become a good listener. Try being empathetic with people around you. Be nice to all, not just the people who matter to you. Such behavioural changes would attribute into attitudinal changes, making you more emotionally smart.

2. Intelligence Quotient – IQ- What does IQ stand for?

If you are good at observing, learning from your surroundings and problem solving, then there is a good chance that you belong to the high intelligence quotient group.

People with high IQ can easily grasp information. They can effortlessly remember details. They can easily solve problems at hand, not by having previous knowledge but analysing the situation and working out a solution.

If you want to boost your IQ, try solving puzzles. Puzzles help in problem solving abilities. Reading helps in boosting the IQ levels too be it fiction or nonfiction. Playing memory games has also proven to be a great way of boosting your IQ.

There are a few who shine the most at the time of crisis in adversity. If you are one of those, who can think with a peaceful mind and handle the crisis in the best way possible, you have a strong adversity quotient.

These people are very successful in the roles of crisis management manager and PR managers. People with high adversity quotients can try public services too, as those jobs need the skills for crisis and adversity management. They are the ones who can keep a calm mind and solve the disaster like situation with a level headed approach. They do extremely well in managerial roles too.

Mind calming exercises like yoga and meditation can help in improving your adversity quotient.

People with a high creativity quotient can become artists ranging from, arts, music, dance, writing. Each and every profession that needs generation of new and fresh ideas is their foreground. The best suited jobs for people with high CQ are that of graphic designer, fashion designer, interior designer, content writer, directors, storytellers and authors.

To increase your creativity quotient, try gaining new experiences. New experiences and adventures open our minds to new ideas. Watching and reading different kinds of content can boost your CQ too.

With the changing times, the importance of IQ is decreasing. People have started giving more weightage to people with higher EQ. People with high EQ scores tend to be empathetic and giving to society.

What Does IQ Stand for? What Was Einstein’s IQ?

IQ stands for intelligence quotient. Einstein’s IQ was never officially calculated. He never took a test. However due to his great achievements, it’s believed that he had an IQ of 160.

The Flynn effect comes into play when we talk about IQ of people of another generation and time, let alone century.

Flynn effect refers to the overall rise in human intelligence over a certain period of time. The average IQ scores around the globe uplift as a standard. In simpler terms, generation after generation, the human race is getting smarter. (Source)

However, the creators of the IQ tests keep changing the level of the test. In short they keep updating the test based on the change in human intelligence. So, it’s difficult to comment how much Einstein would have scored in today’s day and age.

With changing times the value of Emotional quotient i.e. EQ has increased. People who can understand others and be empathetic towards others’ problems are more sought after.

The IQ of the world is ever changing, with every passing generation the world is becoming smarter. The tests are altered with time to normalise them for the new and evolving generations. So, even in today’s date, if Einstein will take the test, he will score his famous score of 160. The most common tests are the Stanford-Binet Intelligence Test and the Wechsler Adult Intelligence Scale.

The Stanford-Binet Intelligence Test has been altered five times, whereas the Wechsler Adult Intelligence Scale has been tweaked four times from the time it was created. Indoor games for kids to play 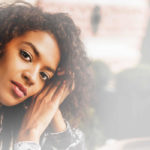 25 Most Beautiful Black Women In The World

50 Most Beautiful Women In The World