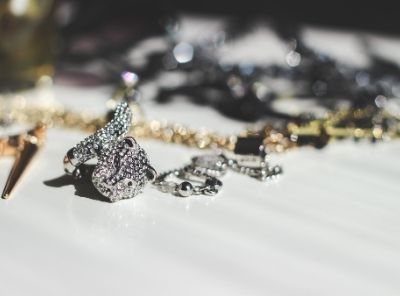 Learn about the regal jewelry taste

Jewelry in India has always been considered important, not just ornamentation. Right from the time of the Indus Valley Civilization, jewelry has been part of an Indian’s ensemble and the fact that India had its majors in producing precious stones and metals such as gold and silver added to the advancement and the popularity of jewelry in the country. Jewelry is something found abundantly in India. Learn about the regal jewelry taste which is a indisputable part of the Indian consciousness.

The cultural and traditional style statement of India can be well observed in the varieties of jewelry that is worn and owned by the women in India. Increasing the grandeur of the entire thing is the thing that Indian jewelry as a whole happens to be a contribution of pieces from several societies and corners of the entire Indian subcontinent. Be it the Rajasthani traditional jewelry or jewelry about the South, each ornament presents the grandeur of their own.

Over time different parts of the country developed different styles of jewelry and many different techniques to craft it. From the kundalas of Jammu and Kashmir to the rancher of Bengal to the thalaisaamaan of Tamil Nadu, the diversity of India is reflected in the different types of jewelry indigenous to different regions. The techniques to create these beautiful pieces vary just as much as they learn regal jewelry taste which is indisputable is now become popular itself and can be very detailed. One such type of jewelry that is very popular is Kundan work.

Silver jewelry is a new thing that is trending in the fashion industry. It is cheap and durable and young working-class people look forward to buying them.

Why cheap silver jewelry is back in style?

Silver is one of those metals that are gaining popularity day by day. It has been used in formulating jewelry pieces for a long time now. Silver jewelry is making a comeback in the fashion trends recently. Silver jewelry is now a new thing. With the advent of online shopping of jewelry ordering your favorite design has become extremely easy and user-friendly. Silver being much cheaper than platinum or white gold has become the perfect alternative for wearing.

The intrinsic quality of your precious jewelry

Jewelry has been an ornament, an asset, a recognition of pride. With the advent of the internet age, jewelry has opened up to interpretations. Jewelry for man is making a comeback and the fact that jewelry has been a major mode of investment is being re-established in these times of economic uncertainty.

Jewelry has been one of the oldest forms of social identity across the world. Starting from the earliest human beings, jewelry has been worn by humans all across recorded history. It has formed the basis of social identity in many cultures and especially Indian culture. Staring from gold jewelry to jewelry made out of stones, Indian history is ornamentals by reference to traditional Indian jewelry in which once you learn about regal jewelry taste. It has revealed to historians the times of hardship and prosperity. Jewelry has also given us a detailed idea of the various relevant fashion identities throughout our history.

From Kundan to pachchikam to meenakari to tribal, traditional Indian jewelry has formed the basis for modern and trendy designs, on which the jewelers of today give a base to their work. Starting from gold to silver to clay, designs of the past are forming the basis of designs that are widely accepted and symbolize as national to international fashion trends.

There are a lot of misconceptions regarding what Kundan is exactly. Many people believe that Kundan refers to the precious stones embedded in the gold in this type of ornamentation. Others tend to confuse this with other styles such as polki or jadau. However, neither of these is strictly true. While there may be similarities, Kundan is a unique style in which glass pieces are embedded in gold to create absolute masterpieces. Kundan jewelry is magnificent and gives the wearer a regal air, which is not surprising since royal courts are where this style first emerged.

How is it made?

Kundan work is a long and tedious process, that needs different stages and various artisans and craftsmen who have excellence in a variety of skill sets. Each stage needs to be neatly taken care of as a mistake at any stage can just ruin the piece.

Kundan jewelry does not have a very high gold content since it is more about the stones. First, hand-beaten sheets of gold that are very fine are taken to form the frame. At the same time, gold sheets are made into cup-like shapes meant to hold the stones. This procedure is known as Ghaat.

Polki is very similar to Kundan in terms of technique. However, the real difference here is that instead of glass, uncut diamonds are used to create the jewelry. This makes Polki sets much more expensive but also that much more lustrous and scintillating. It gives polki a beautiful and elegant look.

It is a very renown jewelry trend that was brought to India from Persia and perfected by the Sonar or Sohail caste of Kshatriyas, this process involves the creation of intricate and colorful designs on the front or back of an ornament using enamels of different colors. An extended process by itself, meenakari can be engraved on Kundan jewelry or can be left alone.

This is a different type of jewelry that Kundan and Polki. However, it is often confused with Kundan and Polki. Jadau is a type of method that is used to create jewelry. In this technique, the jewelry is made by softening gold and then adding precious stones on to it. When the gold hardens, the stones stick to it without the help of any adhesive. 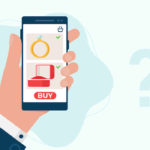 How to buy a diamond online 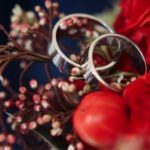 White gold for our new go to jewelry

50 Most Beautiful Women In The World