The Nobel Prize is one of the most prestigious awards that anyone can receive. Here’s a list of the Indian Nobel Prize winners who have made us proud through the years.

What does the Nobel Prize stand for? What is the message that it carries? The Nobel Prize is conferred to the person(s) “those who conferred the greatest benefit on humankind”. It is an annual International Award and is given to the fields of Physics, Biology, Chemistry. Medicine, Literature, Peace and Economic Sciences.

The Nobel prize was initiated by Alfred Nobel who in his will said that a part of his Fortune would go to the prizes. Alfred Nobel was a Swedish chemist and the awards were first instituted in 1901.

The Nobel prize is the world’s most recognized & prestigious honor that can be bestowed upon a person. From 1901 to 2019, 14 Indians have been bestowed this precious award.

Of these, 6 recipients are Indian citizens while the other 8 are people of Indian origin settled in other countries. This includes the recent induction of Abhijit Banerjee to the list in 2019.

So what does this award contain? The recipient gets a gold medal, a diploma, & a fixed amount of money. The Nobel Foundation approves all the decisions about the Nobel Prize.

Let us now look at the Indian Nobel prize winner list & why they won this phenomenal award over the years. The first-ever Nobel Prize winner from India was the celebrated poet & writer, Rabindranath Tagore. He received the honor in 1913, at the age of 52.

Since then, Indians have won 19 Nobel laureates in various categories.

Aside from this, many famous and well-known Indian names have been nominated several times but failed to win the award. Here’s a roundup of all Indian Nobel prize winners

It is such an honour to know that India received her first Nobel Prize for a profound and beautiful poetic work by the celebrated, Rabindranath Tagore. He had won the award when India was still under the British Raj and put us on the world map with his collection of beautiful poems. His poems are brimming with devotion and are still being taught as part of curriculum in our schools.

He won the award in Literature, his area of expertise. His poems were originally written in Bengali, but Tagore wanted his work to reach a broader audience in the West. For this, he translated them into English.

At the ceremony, The Swedish Academy said “his writing was well-rooted in both Indian and western learning ideologies”, which appealed and deeply touched them.

The Raman Effect or Raman scattering made him the first in Asia to bag the Nobel prize for excellence in science. He is one of the Indian Nobel Peace Prize winners whose name resounds time and again in science textbooks. In simpler words, he gave the explanation to why the sky is blue due to the way in which light behaves as it navigates through different media.

He was born in 1888 and revolutionised the way in which physics looked at the scattering phenomenon. Mr. Raman received his Nobel Prize as he was working at Calcutta University.

Mr. Khorana was born in 1922. His work was mainly involved in building different RNA chains using enzymes. He received the award along with Robert W Holley and Marshall W Nirenberg. Their winning work was titled “interpretation of genetic code and its function in protein synthesis”

Khorana had conducted his research as part of Wisconsin University located in Madison.

She is the first face that you remember when we think of the Nobel Prize. Mother Teresa was born in Macedonia, but she moved to Calcutta to be a teacher after embracing her nunnery. She won the Nobel Prize in 1976 for Peace.

We all are familiar with the image of Mother Teresa working as part of the Missionaries of Charity in Calcutta. Initially, she underwent training and was teaching in Darjeeling as part of the Sister of Loreto. She was heavily involved in building homes for orphans, nursing lepers and the terminally ill who had no one to take care of.

The Nobel Prize winner later became a spokesperson for the Vatican in 2003. She was canonized in 2003 and was declared a saint by Pope Francis in 2016.

5. Subramanyam Chandrashekhar – One of the noted Nobel Prize winners in Physics in India

Subramaniam Chandrashekhar was another physicist who had made India proud with a Nobel Prize in Physics in 1983. He was also a nephew of the Nobel laureate, CV Raman.

He bagged the prize for the study “for theoretical studies of the physical processes of importance to the structure and evolution of the stars”. He shared the honour with William Alfred Fowler, another physicist.

His award-winning theory suggested that when the hydrogen that fuels stars start running out, they turn into a white dwarf. He also has under his name a scientific and physical constant, the Chandrasekhar Limit. He bagged his award while he was working with Chicago University in Illinois.

Chandrashekhar was born in Lahore in 1910, when it was a part of India, but it is now part of Pakistan.

Amartya Sen is an economist who is the sole winner of the Sveriges Riksbank Prize in Economic Sciences in 1998. He is one of the two in the Indian economists, Nobel prize winners.

This price was incorporated by the Noble foundation in memory of its founder, Alfred Nobel. Amartya Sen won the prize for his contributions to Welfare economics. He has penned many books of which “the Argumentative Indian” is a very famous one.

He was at Trinity College Cambridge in the UK when he won the award. He had conducted an extensive research on welfare economics and its problems. His study was mainly on the value in collective decision making and the ways of measuring welfare and poverty. His studies are also noted for the inclusion of famines so as to understand its association with economics and the subsequent poverty.

7. Sir Vidiadhar Surajprasad Naipaul – One of the distinguished Nobel Prize Winners from India for Literature

He is an India author famously known as VS NaiPaul. The writer won the Nobel Prize for Literature in 2001. Quoting from the Nobel Prize committee’s briefing, he was awarded the prize”for having united perceptive narrative and incorruptible scrutiny in works that compel people to see the presence of suppressed histories”. Naipaul also won the Booker prize for his Novel, “In a free state” in 1971.

VS Naipaul was born 1932 in Trinidad, but he belongs to the Indian descent. Interestingly, his family had moved from India to work as labourers in cocoa plantations in Trinidad.

Venkatraman was born in a family of academics in 1952. At the time of winning the award, he was working alongside MRC Laboratory of Molecular Biology at Cambridge. Venkat Raman’s study focused on ribosomes, which are a complex protein molecule produced in the cell.

Venkat Raman and other researches employed X-ray crystallography to find the structure of ribosomes. It is mentioned that his discovery has been a breakthrough in the production of antibiotics.

In the more Modern Times, Kailash Satyarthi had received the Nobel Prize for Peace in 2014 alongside Malala Yousafzai.

He won the award “for the struggle against suppression of children and young people and for the right of all children to education.”

Satyarthi was born in Madhya Pradesh in 1954. Although he was an engineer by degree, he decided to pursue teaching. Satyarthi is currently, an active force against child labour and volunteers for children’s rights to education. In 1980, he founded “Bachpan Bachao Andolan” to save children from slave-like living conditions. He has also rescued and rehabilitated over 88,000 children from the grips of poverty and child labour.

He also made the Fortune “World’s greatest leaders” in 2015. The man is also a member of UNESCO and works towards providing education for all

Another economist who decorated the country right by winning the Nobel Prize for Economic Sciences in 2019 is Abhijit Vinayak Banerjee. He is a Mumbai-born economist and is the 10th Indian to win the Nobel prize. The award was shared with his economist wife Esther Duflo as well as a US economist, Michael Kremer.

Abhijit was born in West Bengal in 1961 and studied at the University of Calcutta.

The man is also the Ford Foundation International professor of Economics at the prestigious Massachusetts Institute of Technology.

Recently he was also in the news for warning that the Indian economy was in a tailspin.

He suggested that the government should focus on increasing demand rather than rooting for deficits and stability.

Rudyard Kipling of the unforgettable Jungle Book was actually born in Mumbai in the year 1865. He had won the Nobel prize for Literature in 1907. He is also conferred the title of the first English language writer to get this award.

Another famous mention is Ronald Ross who won the Nobel prize for Physiology/ Medicine in 1902. He was born in Almora of British India in 1875. He won the award for his successful research and findings to combat Malaria.

It is positively a proud moment when one of our fellow countrymen receives the high honour of the Nobel prize. It is an international recognition like no other for excellence as well as service to mankind. The names of Nobel prize winners will go down in history as some of the best contributors to the society. For more interesting topics and good thoughts in english, follow Fabulously.in 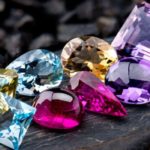 Thought of the day for Kids in English